Not long after he was ordered by a court to pay nearly half of his annual income to his ex-wife, Dr. Jan Nemec wrote a final letter to his daughter.

“I wish I had the opportunity to quit my job and be a gardener in Costa Rica,” the daughter, Katerina Nemcova, recounted to the Pittsburgh Post-Gazette. “But I can’t do that,” Nemec told her, “because I would go to jail and that’s terrifying.”

According to the paper, “Dr. Nemec refused to submit to what he saw as oppression and took his own life at his Swissvale [Pa.] home on May 8.” He was 54.

It’s not entirely clear why Nemec believed he would be jailed for changing careers or substantially lowering his income. This explainer of the circumstances under which alimony arrangements can be modified says voluntarily relinquishing a job can qualify, although not always.

But Nemec’s daughter said he was outraged by the ruling and believed he had only one option left. (PennLive was not immediately able to independently verify the terms of Nemec’s divorce and divorce settlement.)

Nemec, a native of Prague in what was then the communist eastern European state of Czechoslovakia, emigrated to the U.S. in 1993 as a fellow in cardiology and electrophysiology at the Mayo Clinic in Rochester, Minn. He was later recruited by UPMC in Pittsburgh as an expert in complicated heart procedures and moved to the Pittsburgh suburb of Swissvale to work for the organization as an academic physician beginning in 2006, his obituary explains.

His profile on UPMC’s website was no longer active as of Friday.

According to his daughter, “Freedom and liberty were all very important to him. He didn’t want to conform to the norm. He’d been planning this [his death] for at least three years — we now know this.”

In one final jab at the legal system he so resented, Nemec reportedly waited until his divorce had been finalized for exactly 30 days before ending his life and leaving the majority of his estate to the organization Doctors Without Borders.

“He was always very, very anti-communist. This was definitely about his moral principles,” his daughter told the Post-Gazette. “He thought this was a poorly designed system and just didn’t want to be a part of it and would rather give the money to a worthy cause.”

Please sign a petition to remove it from the US Laws 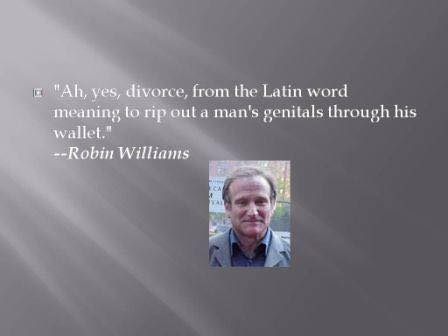